Which is the one you’ve been waiting for, isn’t it? 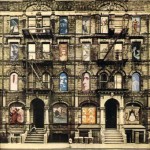 Because of course I got in touch with Angus. I mean, as much as I’ve built up his presence in this story? But first: I needed a job and had no idea what to do. I was lucky that my crummy Hoboken apartment was really just a room in the three-bedroom unit/ground floor of a house I shared with two other guys, which meant that my rent was ridiculous by most standards and positively ludicrous by those associated with Manhattan and its outer satellites. Still, I had a several hundred dollar rent bill due on the first of February, and while I had some money saved up, I’d still need a couple hundred besides.

I thought about calling my temp agency, Force One Entertainment, but decided to go to their office, instead; I liked everyone who worked there and was tired of spending time in my apartment. January might be cold, but walking in Manhattan tends to get one’s temperature up, and there are few more awesome places to be. So I took PATH up to Herald Square, where HMV gave way to the progress that is Victoria’s Secret, and headed uptown. Past glitzy-electronic shops with pocket calculator-sized laptops next to only slightly larger cell phones modified for web-surfing and e-mail receipt, because who needs a desk in the digital age? Up past Virgin Megastore, likely the last remaining on the entire island, then a few blocks East, to a building I only call non-descript because it was in the center of a Manhattan blockful of buildings nearly identical.

Elevator up to the fourth floor, with its two doors: directly opposite the elevator was the bookbinder, with a sweetsmell of glue and a sharper one of leather, then right to Force One.

I loved Force One, but didn’t often have occasion to visit their office, nor even to call it until very (then) recently; why would I, considering my long-term gig at the New Yorker? I got there in the middle of the afternoon, when it was full of both new graduates and the recently career-displaced, the former of whom wore, like their professional business attire, anxiety like puppies hoping for a treat. The latter tended to possess a more deliberate demeanor, their nerves less result of worry of not finding a job but rather the right job.

That first room looked as much like a doctor’s office as one associated with an employment agency: the same bad prints on the wall, the same particle-board furniture on which sat semi-recent Entertainment Weeklys and a few copies of the latest Village Voice, the same half-wall beyond which the receptionist, Joanne (Jo to her friends) sat at a desk to accept incoming candidates and juggle seven or eight different phone lines. I approached that half-wall, ready to greet Jo (who had become my friend shortly after I had broken up with my fiancée, when we went out for obligatory, post-break-up drinks), but I stopped up short and surprised.