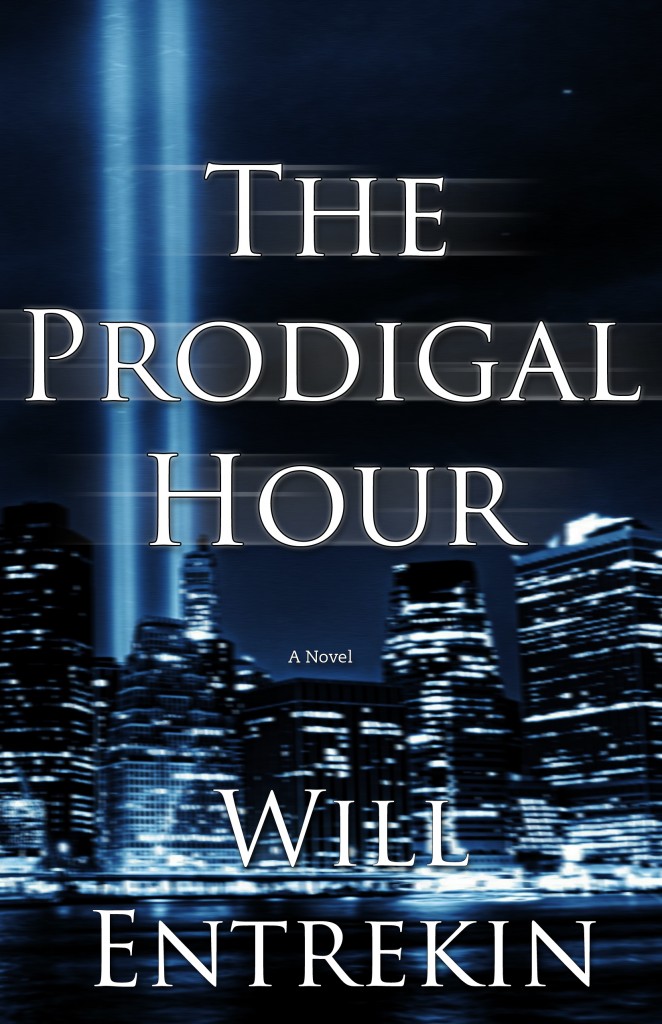 The Time-Travel Epic, now available on Amazon’s Kindle platform and in paperback.

“The Prodigal Hour, the audacious, genre-bending novel by Will Entrekin, is a Rubik’s Cube of delights. Equal parts sci-fi, thriller, coming-of-age, and love story, the novel hurtles readers along Chance Sowin’s intriguingly unpredictable journey–forward, backward, and inward. A thrilling head rush of a book.”
-Elizabeth Eslami, author of Bone Worship: A Novel

“Chance Sowin hoped only for a new beginning.”

On October 31st, 2001, six weeks after escaping the World Trade Center attacks, Chance Sowin moves back home, hoping for familiarity and security. Instead, he interrupts a burglary during which his father, Dennis, is shot and killed.

What begins as a homicide investigation escalates when the Joint Terrorism Task Force arrives. Where he hoped for solutions, Chance finds only more questions: who killed his father, and why? Was his father–a physicist at Princeton’s Institute for Advanced Study–working on dangerous research? Why did Dennis build a secret laboratory in his basement?

Chance might not know the answers, but Cassie Lackesis, Dennis’ research assistant, thinks she does. She isn’t certain Dennis discovered a way to time travel, but she knows who told her: Chance.

Together with Cassie, Chance will go on a journey across time and space that will challenge his every notion of ideas like “right” and “good.” One young man’s desire to make a difference will become, instead, a race against time as he tries to prevent forces he could never understand from not just destroying the universe but rendering it nonexistent.

When every action has a reaction, every force its counter, Chance will find that the truest measure of his character is not what he wants but what he will do when the prodigal hour returns.