April 1, 2011 / Will Entrekin / Comments Off on Announcing: The Prodigal Hour 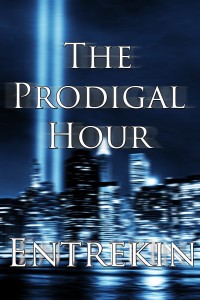 I just went over the proof myself, and just handed it to my editrix, who’s informed me she’s attacked it with her red pen.

This summer, I’ll be releasing it to you.

I plan on a similar schedule as with Meets Girl, with some differences, the most notable being that The Prodigal Hour is a vastly different book with a vastly different structure, and I intend to post through to the end of the second act. That’ll be 30 chapters.

You won’t have to wait for each one, though.

And for an independent author like myself, what better big summer weekend to do so than the one that celebrates independence?

Review: Austin Grossman’s Soon I Will Be Invincible

Such a Thing as Independence (in Film, Music, and Writing)