A Few Contests I’d Enter over the ABNA 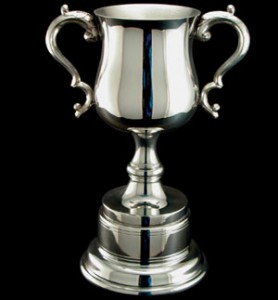 1, with a bullet: The Writer’s Digest self-published book awards. Great contest. In fact, I submitted Entrekin to the contest, and though it didn’t win, I did get a nice note from the judges. It had progressed through the rounds, I think to the final one, and they sent a great letter with some amazing feedback (they’d liked it, and it was well-written; they worried about the cover, and reader’s perceptions. Terrifically canny). I also got a nice MySpace note from one of the judges, who’d taken the time to look me up via the site and send me a note of positive encouragement.

To me, that was almost as good as if I’d won the contest.

Oh, who am I kidding? No it really wasn’t. I’d wanted to win. But it was very cool.

I do hope that Writer’s Digest moves away from the ‘self-published’ appellation, but I’m not sure it will any time soon (possible alternatives: independent books, direct-published books).

2. Forweword Awards. Their website tag is “Good books independently published.” Yes, and yes. Looks like a solid choice. Sadly, the deadline was Friday. Sorry about that. Any consolation, I missed it, too.

5. The IPPY Awards (that’s Independent Publishers Book Awards, which I’m glad aren’t called the IPBAs, because it doesn’t roll off the tongue). With Writer’s Digest, these are probably the big two awards independent books can win.

What does winning one of these awards mean? Same thing winning a Hugo or Nebula or Pulitzer means, ultimately; not a whole lot except in terms of marketing and a new descriptor to put on a cover.

Might also be worth mentioning: while independent books are not eligible for most of the major science fiction awards (like the afore-mentioned Hugo and Nebula, which demand books only from publishers the awards committee recognizes), it doesn’t seem like the Pulitzer committee has any such reservation.

Which, I think, is very progressive.

Also, I don’t know about the National Books Critics Circle’s eligibility requirements, but I do know they’ve recognized Dave Eggers What Is the What, which was published by McSweeney’s, which is the company Eggers founded. So that’s a good lead.

It’s interesting–and exciting–that it seems most of the most respected and prestigious awards don’t condescend when it comes to independence. Very promising.

Most of these awards have entry fees–which the ABNA does not–but pretty much every writing contest in the world comes with an entry fee. Entry fees are an entirely different discussion altogether, but I personally think, at least in this case, it’s worth it. I also think that the money you’re saving by not entering the ABNA is ultimately going to bite you on the ass when it comes time to sign that contract you never read granting all rights to your work exclusively to Penguin.

So there you go. Good luck entering. You can find other awards and contest with some Google fu.